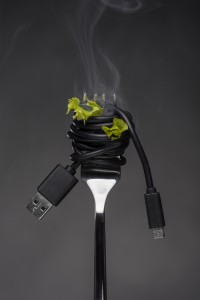 The news that RBS has suffered another computer ‘glitch’ has raised the spectre of the problems that exist around legacy IT systems. With customers taking to social media to tweet that important payments hadn’t reached their account and the story leading television news bulletins, the incident highlights the very public condemnation that can follow a breakdown in your old software.

When RBS suffered another ‘glitch’ back in 2012 a senior executive at RBS was quoted as saying that the bank’s computer systems resembled “15 different types of spaghetti.” Legacy applications are a real headache for IT departments and one of the most difficult issues to deal with. It can be hugely expensive to justify the costs of replacement, you might not have the skills in-house to do it, and if it leads to downtime it can also impact your business. There are also many organisations, especially those involved in finance or dealing with sensitive data that are scared of updating systems because of the need for the highest security. Cross-platform compatibility is another worry.

The problems of legacy IT were the subject of intense debate at a recent forum held by analyst Forrester in Lisbon. As reported by Computer Weekly, Manuel Rosa da Silva, the former chief technology officer for Portugal Telecom, gave a speech urging CIOs to simplify their legacy IT. He warned that it takes a lot of hard work to simplify complex IT but that he had created what he described as a ‘007 team’ with a remit to get rid of as many old applications as possible and create a company that had much simpler structures.

The time has come where it has to be accepted that there is a growing need in the age of digital to live up to user expectations. Mobile, fast, agile and on-demand is the call from those who use these services and this leads us to the Cloud.

When looking to the Cloud you need to address some important issues:

1. Audit & evaluate what you’re using. Cloud solutions have broad functionality so work out how you can integrate them carefully rather than replace everything at once.

2. Create a cloud deployment team which works across multiple departments to get users excited about the benefits cloud services will bring to your organisation. Collaboration and feedback is hugely important.

3. When looking at a potential Cloud Service provider, check that they are 100% web-based, offer service level guarantees, and their systems are built from the ground up for cloud. If you have particular data sovereignty concerns check with the provider where the data will be physically stored.

4. When implementing cloud solutions keep your team updated on new features and encourage different users to configure the solution for their specific needs.

Making the most out of cloud requires you to change the way you think, to change your business culture. As Manuel Rosa da Silva said, “Unless you take a machete to your legacy and kill applications, you won’t get anywhere.”

So get chopping now!

iomart Highly Commended at UK IT Industry Awards
iomart hosting achieves ISO certification at the d...
New Data Centre launched to boost Nottingham busin...
Eco-Friendly Data Centres – mission impossib...
Tags: Applications, CIO, Cloud, compatibility, data, it
Subscribe to RSS Feed
We use cookies to ensure that we give you the best experience on our website. If you continue to use this site we will assume that you are happy with it.Ok