The Leap Second That Will Stop Time 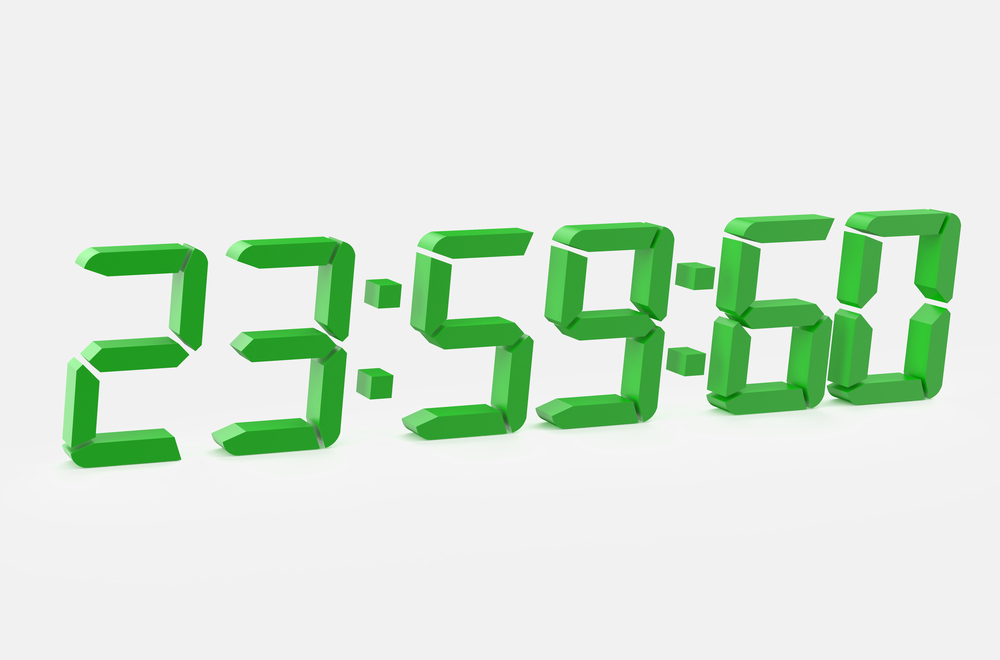 Tomorrow night, just before the clock strikes midnight, time will stop… literally… for one second.

This brief and slightly unusual moment which will delay the arrival of July is because a Leap Second needs to be added to the atomic clocks around the world that control our time.

It’s all to do with Coordinated Universal Time (UTC) – the primary time standard by which the world regulates clocks and time.

As it approaches midnight tomorrow night instead of the clocks moving immediately from 23:59:59 to 00:00:00 to herald the first day of July, they will instead turn to 23:59:60 in between.

Accurate times are important and without the addition of leaps seconds every so often time would drift so for instance sunrise would eventually take place later in our day. As Daniel MacMillan of NASA explains, “The Earth’s rotation is gradually slowing down a bit, so leap seconds are a way to account for that.”

The last time a Leap Second was added it was on a Saturday night in June 2012 and it caused a number of problems. Websites such as Reddit and LinkedIn stuttered as servers struggled to cope.

This time the change is midweek and because data and financial transactions rely on rapid transfers where a micro-second can result in huge monetary losses, big institutions are gearing up for the leap second. Google will slow its clocks throughout the day; and the New York Stock Exchange will close half an hour early.

At iomart we run our data centres according to Network Time Protocol which uses UTC to synchronise the time of all our servers to within a fraction of a millisecond. We have already undertaken scheduled maintenance to mitigate against the Leap Second where affected systems have been identified.

Our Network Operations Centre will continue to monitor customer services throughout and will be on hand to offer support as required. If you experience any issues please do not hesitate to get in touch with our support team using your online control panel or by phone on 0370 757 5760.

As they say, every second counts and tomorrow night it really will.