If you preach IT they will come. 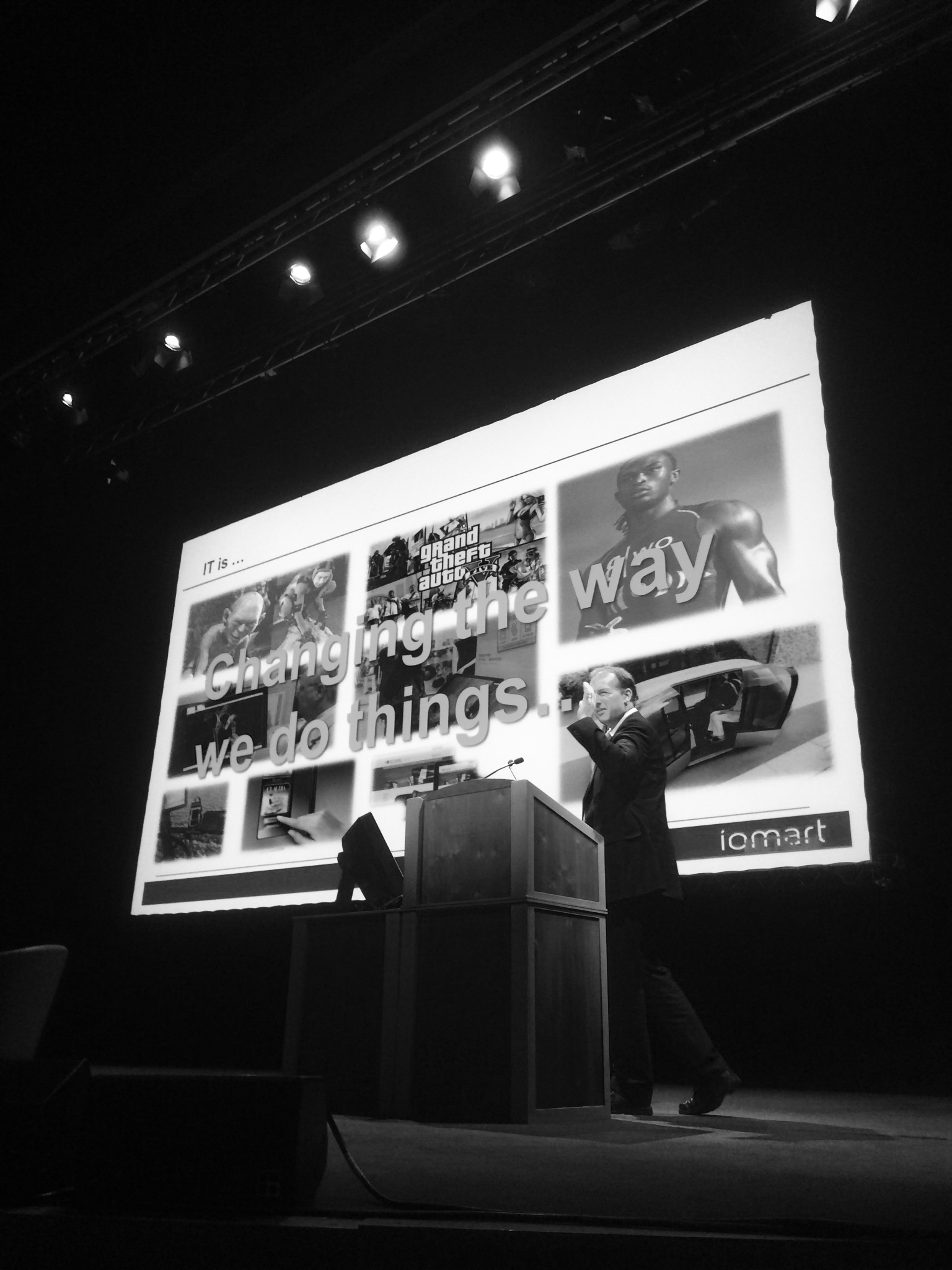 Scotland, like the rest of the UK is suffering from an IT Skills shortage, a fact that was recognised at ScotSoft 2014, the annual conference for the digital technologies industries organised by trade body ScotlandIS.

ScotlandIS is so concerned about this issue that it devoted an entire morning of its annual conference ScotSoft 2014, held at EICC on the 2nd October, to a schools event involving 400 secondary age pupils and teachers.

By giving young people an insight into the industry and the many opportunities it offers, the event was specifically tailored to inspire them, at a pivotal point in their education, to follow a career in digital technologies. A number of passionate key note speakers were assembled to provide the audience with differing industry perspectives and reinforce the message that it is essential that Scotland’s businesses, not just those in the IT sector, have access to a highly skilled workforce if they are to compete in today’s global digital economy, and leading the ‘hearts and minds’ charge was top entrepreneur, Sherry Coutu.

Ms.Coutu, a highly respected Angel Investor, chairs Founders4Schools and is a non-executive member of Cambridge University (Finance Board), Cambridge Assessment, Cambridge University Press and a NED of Zoopla and the London Stock Exchange Group. She also serves on the Advisory Board of Linkedin.com and is one of WIRED Magazine’s “25 Most Influential People in the World.

During her presentation Ms Coutu explained that the UK would need one million new science engineering and technology professionals by 2020, while the OECD had predicted that today’s 1.8m people working in the app economy would rise to 5.8m by 2018, and reinforced to the audience that:

If we don’t do something about it a lot of those jobs will be filled elsewhere.

It is now recognised that Industry can’t wait for students to come to it, it must get out and evangelise to students. Ms Coutu suggested that Founders4Schools research found just one hour-long awareness session in a school pushed the proportion of pupils interested in a technology career from a national average of 18 per cent to 54 per cent.

Phil Worms, iomart’s Marketing Director, brought the reality of issues facing the IT sector in Scotland home during an impassioned plea for the pupils to badger their careers advisors and teachers to champion the Industry. He told the audience that students and their advisors (including parents) often have an extremely poor understanding of IT-related careers, and young people commonly hold negative misperceptions as a result. The issue of when pupils start, in practice, to make career choices is an important one: it is likely that many will decide at a very early stage that they are interested, or not, in ICT. It was no longer enough to be offered career choices for jobs that ‘once were’ it is now time to prepare the future workforce for the ‘jobs of now and the future.’

Some of the statistics reeled off by Worms make for uncomfortable reading for the sector on the one hand but offer a huge opportunity for the pupils on the other.

* The IT professional workforce within the IT industry is forecast to grow at 1.91% per annum, almost four times the rate of average employment growth across all sectors.

* Through to 2015 there is a need for 9,600 new entrants a year into IT & Telecoms professional job roles in Scotland.

* Scotland’s Universities are producing 1,800 qualified graduates a year leaving a deficit of 7,800 vacancies still to be filled.

* The trend in uptake of IT related school qualifications in Scotland is similar to that seen in the rest of the UK. Between 2006 to 2011 the uptake of Computing / Computing Studies courses in Scotland declined by 17%.

*The proportion of ‘young people’ (those aged 16-24) working as IT & Telecoms professionals (7%) in Scotland is far lower than that associated with other occupational groups (14%).

Given the role that technology plays in our personal and professional lives, the benefits that it brings, and the employment potential that it offers, we should have young people battering down our doors to further their skills in this area and yet we are witnessing the opposite.

For years, we’ve focused on teaching people to be customers and consumers, rather than creators and innovators. Doing so anchors our children at the wrong end of the IT food chain, and steadily pushes jobs and our industry overseas.

A common theme reiterated by the speakers was that our young people are being deterred from tech education by poor quality content and uninspiring qualifications. Much research has been undertaken throughout Scotland over recent months to determine reasons for falling pupil numbers taking IT related courses despite a buoyant employment market for suitably skilled candidates. The evidence suggests that the current syllabus is simply teaching young people how to use ‘Office type products’ and making technology uninspiring.

Another misperception of IT, particularly amongst female pupils, is that it is an anti-social subject and the domain of the ‘geek’. It doesn’t have to be and it shouldn’t be, but according to the most recent figures from e-skills UK, across all IT related Higher Education courses in Scotland, 87% of acceptances are male and 13% are female, so if it is not perception then something else is obviously preventing girls from joining the industry.

It really is time for government, industry and academia to work quickly together to find a solution to the problem – courses must be created that inspire and attract not repel.

It may only be early days but initiatives such as ScotSoft 2014 ‘The School’s Debate’ show demonstrate that pupils can be engaged with the Industry and that we must continue, as employers, to collaborate on activities that will open young people’s minds to the myriad of rewarding careers available in the sector.