Record. Backup. Delete. I always associate World Back Up Day with music.

Two reasons for this. Firstly the infamous Beatles parody – Yesterday – The Backup Song – that became a viral sensation a few years back but was actually first published in 1999. Written by Sunni Freyer a PR in Washington State, the song has been embellished and tweaked since, but I don’t think you can beat the original for its simplicity.

Yesterday, All those backups seemed a waste of pay. 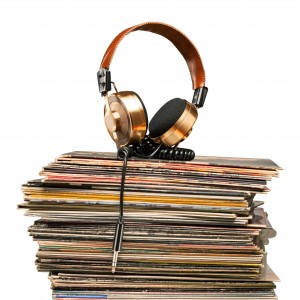 Now my database has gone away.
Oh I believe in yesterday.

Suddenly,
There’s not half the files there used to be,
And there’s a deadline
hanging over me.
The system crashed so suddenly.

I pushed something wrong
What it was I could not say.
Now my data’s gone
and I long for yesterday-ay-ay-ay.

Yesterday,
The need for back-ups seemed so far away.
Thought all my data was here to stay,
Now I believe in yesterday.

If it isn’t already, this version of Yesterday should become the official anthem to accompany today’s celebrations.

Secondly, because for many folks of my generation, our first experience of backup was music.

When I was just a mere youth discovering music for the first time, one of favourite rituals was to convert my newly acquired LP to cassette so that my music suddenly became portable. Slotting my newly created TDK C90 into my Walkman and hitting play really did make me feel ten foot taller as I set off out of the house to catch the school bus.

But as with any upside, there was a downside and with tapes there seemed to be many! The tape would wear, songs would become ‘stretched’, they’d unravel (who remembers winding in a tape with a pencil?), they’d jam in the player and of course, you could over write them with your next LP. To address all of these issues, I invested a huge amount of pocket money and indulged in a 2 deck cassette player – so that I could copy my copy. If you can imagine an 11 year old sat listening to both LPs of Exile on Main Street by The Rolling Stones whilst recording it to tape, constantly watching the analogue numbers tick over to ensure that a song wasn’t cut off mid-way through, then going through the whole process again to copy the tape to another tape to ensure the highest quality, it’s no wonder I can still to this day sing along almost word for word! Then along came the digital revolution. I could now insert a CD into a computer and burn a copy within seconds. From CD, I moved to portable hard disc to cloud.

These days backing up everything is, or should be second nature. The digital world and evolution of cloud storage means the demands on your time and on physical ownership of equipment is no longer necessary. I can now access my music anywhere. No need for protective cases or physical copies of any kind. But and here is the but……You can call me an old fashioned luddite, but, I still long for those days of the 12” Vinyl LP and the TDK c90. Back in the day, I had two copies of my favourite songs – one on the LP and one on the tape. Today, I have countless copies of the same songs across a number of devices. And it dawns on me that I still have the original CD on the shelf and have probably eaten about 400 Gb of storage space for one album. And I’m the same with photos.

We now take thousands of pictures, safe in the knowledge that we never have to pay for film development costs, and we back them up – even the rubbish, out of focus ones. We’ve all become budding film directors and stars, convinced that our misguided attempts to swing over a local stream on an old tyre will make us the next big You Tube hit. And all the time, we forget or are afraid, to periodically review and delete. Far easier to buy the latest gizmo with greater storage capacity then actually apply some sensible housekeeping.

EMC, in its seventh annual EMC Digital Universe study, estimates that the digital universe is doubling in size every two years and will multiply 10-fold between 2013 and 2020 – from 4.4 trillion gigabytes to 44 trillion gigabytes. Or to put it another way, the amount of information in the current digital universe would fill a stack of iPad Air tablets reaching 2/3 of the way to the moon (157,674 miles/253,704 kilometres). By 2020, there will be 6.6 stacks. What can we do to combat this? Keep building more and more data centres?

The importance of backing up any form of data is now paramount for all of us and there are so many different ways to enable us to do so, but we must have a few policies in place to keep us straight as to what we need, what is vital and what can we get rid of. No one wants to lose anything of value but on the other hand do we really want to be storing everything in quadruplicate?