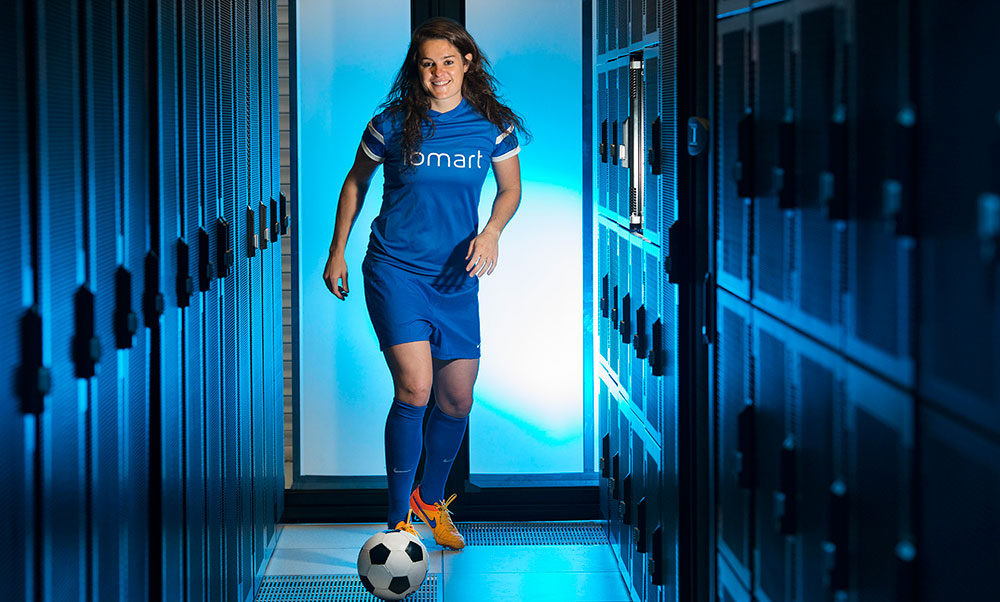 iomart is giving away FREE squad football kits to deserving girls’ youth teams during the 2015 FIFA Women’s World Cup. Girls’ football teams aged between 10 and 16 years, who play regularly in a league in England, Wales or Scotland will be able to win Nike team kits.

Jenny Beattie said: “This year’s World Cup is the biggest showcase there has ever been for women’s football so I’m delighted to be part of iomart’s campaign to help the game at its grassroots. It’s a fantastic opportunity to win a top quality Nike kit for the new season and I hope as many teams enter as possible.”

iomart has given away almost 300 sports kits since it launched its Host Your Kit campaign back in 2012. Among the girls’ teams who have previously won new kits are: Chesterfield Ladies Under 11s, Nottingham Forest Ladies U16s, Musselburgh Windsor U11s and Welsh side Llanfoist Girls U12s.

Phil Worms, Chief Marketing Officer for iomart, added: “We established Host Your Kit to encourage grassroots sport and help teams that might not otherwise be able to afford new kits. With the spotlight firmly on women’s football this month we hope we can help make 15 teams very happy by giving them a brand new squad kit.”

Details of how to enter are at www.hostyourkit.com You can follow the campaign on Twitter @hostyourkit with the hashtag #wearitlikejen

The winners will be announced on Monday 6 July, the day after the Women’s World Cup final takes place.

iomart announces £60m funding package from Bank of...
iomart Highly Commended at UK IT Industry Awards
Hey! You! Get into the Cloud: Why you should trust...
iomart at the Double for the 8th Annual Web Hostin...
Tags: cloud computing, competition, FIFA Women's World Cup, football
Subscribe to RSS Feed