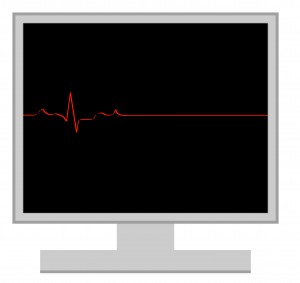 There are legitimate concerns around this EOL that businesses should be addressing. If yours is an organisation that deals with critical or sensitive data for instance, EOL could leave you at risk of falling out of regulatory compliance if you continue to run on unsupported software. You could also be left vulnerable to attack by cyber criminals. Microsoft has said it will offer extended custom support like it did for Windows XP but this will come at a huge cost of potentially $200,000 per year for larger users.

Despite the numerous warnings that have been issued, according to Gartner, more than 1.6million businesses will still continue to use Windows 2003 even after EOL.
If you use Windows 2003 and have not addressed this, you should put a plan in place to migrate applications and workloads that rely on Windows server 2003 onto Windows Server 2012 or consider other options.
So, what are your choices?

1. Continue to run on Windows 2003 and just hope for the best
2. Update your servers to run a newer Operating System and replace applications that aren’t compatible with ones that are
3. Start running your applications in the cloud and leave the server upkeep and software and security updates to your Cloud Service Provider

Bill Strain, CTO of iomart, says, “Windows Server 2003 End of Life is actually a good opportunity for businesses to assess their data centre services and look at the options available. We have been migrating customers to Windows 2012 over the past few months providing them with a much more robust, powerful, stable and secure platform. For customers using Windows 2012 as a web server, IIS 8 and Windows 2012 deliver excellent performance increases over Windows 2003 improving the speed of web applications.

“However the opportunity goes beyond a simple operating system upgrade. Now is a good time to look at the applications that you are running on the servers and to assess whether the tasks that they perform could be done more effectively in the cloud.”

One of iomart’s hosting brands, Hosting UK, recently migrated scores of customers from Windows 2003 over to Windows 2012 with zero downtime. One of those who were successfully migrated was GMC Group, the publishing arm of the Guild of Master Craftsmen. Nigel Morris, web development manager for GMC Group, says, “It gave us the chance to carry out an upgrade of our IT operation internally as well as get everything in place so we’re not affected by the end of life decision.”

Phil Parry, Sales & Services Director at Hosting UK, says, “We have developed very specific skills and knowledge in order to manage system maintenance and the inevitable end-of-life cycles that come with servers and storage and server operating systems for our customers.

“With Windows 2003 reaching the end of support, and mainstream support for Windows 2008 already ending (2008 will go EOL in 2017) businesses do need to keep an eye on their upgrade cycles. It’s the sort of thing that needs careful planning and management but something all the hosting brands at iomart are pretty expert at.”

So in the spirit of Bastille Day, make sure your servers are barricaded against possible attack by liberating them now. Postponing a Windows Server 2003 migration or failing to consider new options in the cloud could have serious consequences for your business.