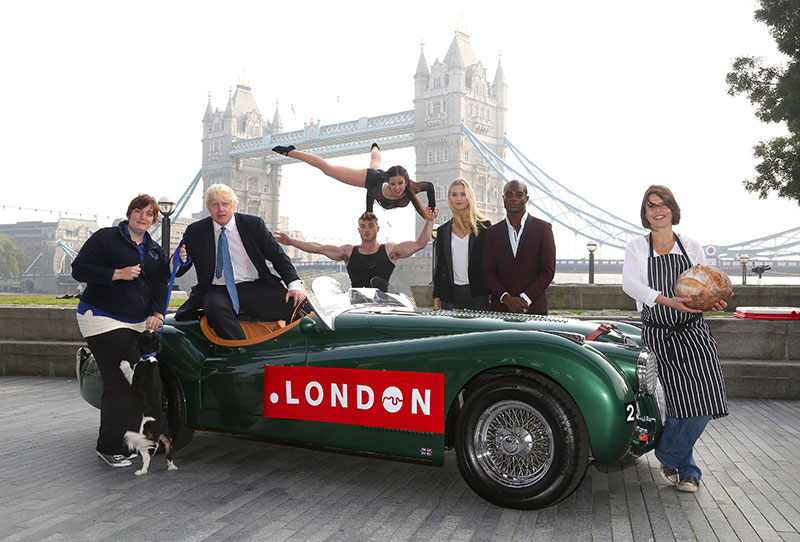 Storm, the model agency that discovered Kate Moss and represents some of the world’s most iconic faces, is planning to use the new Dot London domain name extension to further publicise its work after securing it with iomart’s domain name specialist Easyspace.

Storm Model Management registered its trademark evidence with the Trademark Clearing House to enable it to secure Dot London in the Sunrise phase with its domain provider Easyspace. The internationally renowned model agency, which is based in Chelsea, is planning to develop a number of new websites using the new URL to promote its London credentials.

As the curtain came down on another successful London Fashion Week, Storm models Stephanie Rad and BB Kaye, star of E4’s show Dirty Sexy Things, took part in a photo-shoot with the Mayor of London Boris Johnson to showcase the wide range of businesses in the capital city that are planning to use and benefit from the new Dot London domain.

Simon Chambers, Director of Storm said: “London is home to many of the world’s most influential people with a third of the Fortune 500 Companies having their European headquarters here. We are developing a new online portfolio of websites that will showcase the various aspects of talent management that Storm provides and having them visible through a Dot London web address will give us further recognition as a global player in what is a key creative and commercial centre.”

Following a successful three-month launch phase during which Londoners and London-based businesses received priority for their applications, Dot London domains are now available to all companies and individuals who want to create a digital link with the city. According to London & Partners, the official promotional company for London, interest has been strong from the start and on the first day the new domain name went on general availability over 9000 domains were registered making a total of over 44,000 registrations now received.

Sarah Haran, managing director of Easyspace, said: “As Storm has shown the new Dot London domain is not just a fashion accessory, it’s a formidable commercial online tool for businesses who want to leverage the worldwide reputation that London has as a city.”

For more information on how to register Dot London with Easyspace and details about the other new generic Top Level Domains available visit http://www.easyspace.com/domain-names