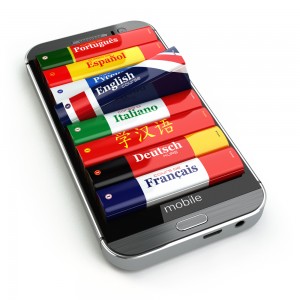 A Redditor and regular YouTuber began a trolling war with a page group about his experience at being pawnd and how it resulted in him rage-quitting and terminating his Xbox Live account. After googling himself in the days after his outburst he realised that his online profile was going to have a negative effect on his personal and professional life. Using his tablet to manage his social media accounts he began spamming all his followers, apologising for his brainfart moment, completing his apologetic final post with a knowing ‘LMAO’.

If you were to rewind just 15 years, the above paragraph would have absolutely no relevance or meaning. That is the power of the ever advancing world of tech and its impact on our cultural language. Who would ever have thought of anything other than a piece of fruit when talking about Apple or Orange 20 years ago? The addition of 1000 new words to the online version of the Oxford dictionary this week has provided us even more words to add to our lexicon.

Anyone over the age of just 30 can remember the days where mobile phones, the internet and satnavs simply didn’t exist. Now we have drones, 3D printers, Snapchat and hashtags. The pace of technological change is reflected in the language we use.

The tech words added in the latest round include Redditor and You Tuber and many have evolved out of online gaming. The verb rage-quit (to angrily abandon and activity that’s become frustrating) is included as is pawnd (being utterly defeated by an opponent). And then there are the terms added that refer to how we share information in the mobile era, where content is shareable or snackable. Even company names have become verbs – such as ‘to Google’ or ‘I’ll Facebook’ you later.

What about the meanings of words that have been changed by tech. As a company headquartered in Scotland, we’re a bit partial to a piece of tablet now and again – but that sugary sweet made of condensed milk and butter is not what we automatically think of when we hear that word.

The same goes for mouse. The small hairy rodent has been replaced by tech speak for the device we move around our screens which will no doubt soon become redundant because of the ability to swipe. But perhaps the best has to be spam – helped along by some less-than subtle work by the Monty Python team with their satirical play on canned spiced ham, the word is now part of our everyday language…

Language has always been an evolutionary beast. But you can’t deny that the rate of expansion we now are living through has never been fast paced. Stephen Fry has always been advocate of the development of the English language and any battle against these changes are now futile.

So this weekend will you be waiting until beer o’clock, chilling out whilst enjoying watching a film on your laptop whilst sending that vital work email and posting a picture of your dog on Facebook. Or to put in another way (taking a leaf out of Andy Murray’s wedding day tweet)

Anyway we will brb next week. Have a great weekend.