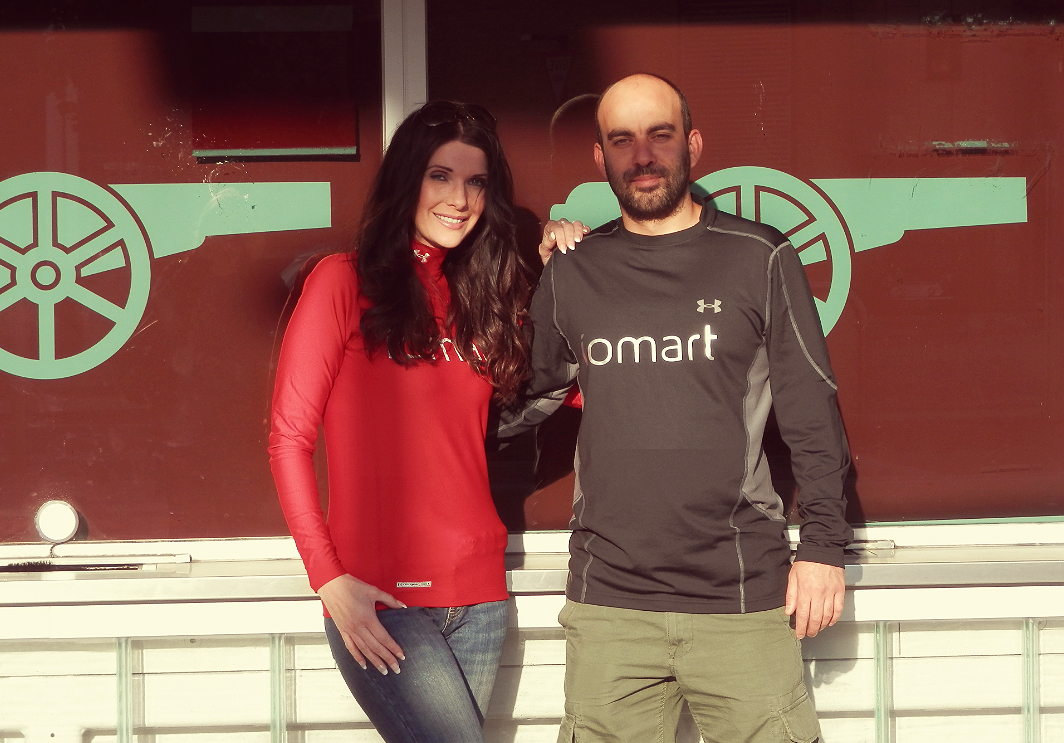 iomart sponsors Jules as she swops Emirates terrace for mountains

iomart is delighted to be sponsoring Arsenal-mad model and TV presenter Jules Wheeler who will scale the highest peaks in England, Scotland and Wales this weekend to help her dad get treatment for lung cancer.

Jules is attempting the Three Peaks Challenge to raise £15,000 to pay for her father Ken, a lifelong Arsenal fan himself, to undergo a holistic form of cancer therapy in Germany after he was diagnosed with stage three lung cancer.

She will be accompanied by a group of friends including former Arsenal goalkeeper Lee Harper and iomart Senior Account Manager Christian Sweeney as she climbs Scafell Pike in the Lake District, Ben Nevis in Scotland and Mount Snowdon in Wales in 24 hours.

Jules says, “I’ve never attempted anything like this before but I’m determined to complete the challenge for my dad. Having undergone gruelling chemotherapy last year, which almost took his life, we decided to look for alternative treatments and were just staggered when we found a treatment in Germany which offers a good chance of curing him. I just want to get him there to start it as soon as I can.”

Her father Ken has already had chemotherapy and Miss Wheeler now wants to take him to Germany where a holistic treatment for cancer is practised which she says has helped cure other sufferers including a friend of the family.

An auction of prizes given by several Arsenal legends has already made over £3500 and other donations have also been flooding in to the online giving site Jules has set up http://www.bmycharity.com/JulesWheelerAndFriends