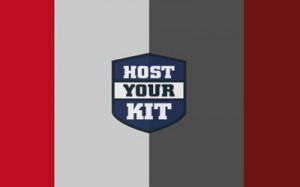 UK Cloud company iomart Group plc is proud to announce that 45 football and basketball teams have won free top quality team strips as a result of our Host Your Kit summer sports campaign for 2013.

Phil Worms, Director of Marketing for iomart Group plc, said: “Host Your Kit was even bigger and better this year. Over the two years we are proud to have helped 75 deserving youth sports teams across England, Scotland and Wales and we hope our contribution inspires them to success.”

This year’s Host Your Kit winners come from as far apart as Abergavenny to Aberdeen and range from a thriving football team in Bradford that brings together young boys from different communities through sport, to a disability basketball team in Scotland that’s just got enough members to play league basketball for the first time.

iomart Group teamed up with top sports retailers Greaves Sports and Gilmour Sports as well as basketballscotland, the governing body of the sport in Scotland, to deliver this year’s Host Your Kit campaign.

The ethos behind iomart’s Host Your Kit campaign is to support communities which are encouraging young people to play sport.