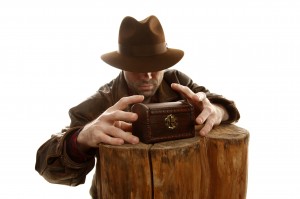 Indiana Jones managed to uncover the Ark of the Covenant, the Holy Grail and even the secrets of the Mayan civilisation, but would a 31st Century version of Indy be able to uncover how we lived in this current digital age?

Not according to one of the ‘Fathers of the Internet’ and Google Vice-President Dr Vint Cerf, who has conveyed his concerns that all the images and documents we have been saving on our computers will eventually be lost.

Historians have always faced a difficult task in uncovering the information they need to reveal events and new insights from our past. From painstaking archaeological digs to forensic restoration of faded texts, their task has always been a time consuming, laborious and meticulously planned.

However, for future historians you would think this would be a lot easier. We now live in a truly digital age and with the dawn of the internet of things, an age where what we consider mundane information can be stored and researched forever more. Request the information probably using an electrical impulse from the brain and you have instant access to the lifestyle of a 21st century man or woman. Or will we?

Vint Cerf, clearly doesn’t believe so, and last week he gave a damning verdict on how we have been storing the data created by our use of the internet. As technology advances, old forms of software are replaced and eventually get left behind – lost in the wake of advancement. We are left with bits of data stored across a disparate and unconnected network resulting in what Vint Cerf referred to as a ‘Digital Dark Age’.  The analogy being we struggled to understand the world post Roman Empire as so little had been written down.

“The problem is how to correctly interpret the ‘bits’,” he said. “What I want to emphasis is [we will need] software that knows what the bits mean.”

In other words we need to ensure that historic software, and the data it contains, can be restored in the current process and systems. We need to avoid ‘Bit Rot’ is how Cerf eloquently summed up the issue.

We may not actually care what problems lie in wait for our descendants, but for many businesses the central issue raised by Cerf applies today. How have we ensured that the data that was on our Sales Rep’s Toshiba Satellite 110CS/810 laptop running Windows 95 from 1996 is archived and available for access today?

Storage for storage sake is not the answer, an organised, reliable and easy to research storage platform is the key – a platform which will continually update and keep historic documents current. As very few businesses have the capability or the bandwidth to store securely their data, this function is being increasingly outsourced to companies like iomart.

During his warning Cerf even suggested that we may need to print out documents so that they do exist in the future, which seems completely at odds with the whole point of the digital age, but understandable. Our blog posting last week highlighted the sheer volumes of data that we currently produce. Interpreting 981 Dead Sea Scrolls would appear to be infinitely easier than analysing 2.4 million unique Ice Bucket Challenge videos.

One solution, and this is rather old skool, currently being investigated at Carnegie Mellon University is the concept of “digital vellum”, which involves the creation of a digital snapshot at the time an item is stored of all the processes needed to restore it at a later date, including operating system.

The snapshot could then be used to reproduce the data at some point in the future.

We have an opportunity to help remove the guess work out of history but we have to start being disciplined in our storage process now and we need our software vendors to start producing truly interoperable systems.