How Taylor Swift Could Inspire More Girls in IT 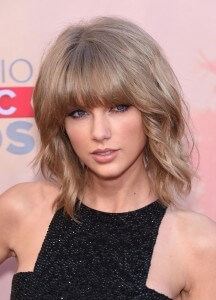 Several prominent women have spoken out in recent weeks about the skills gap that exists in our industry and in particular the lack of girls in IT.

Joanna Shields, the newly appointed Minister for Internet Safety and Security, spoke of sending the glass elevator back down to empower women in technology. In her first blog after being appointed she spoke of her concern that women fill less than 20 per cent of tech jobs in the UK and that in 2014 only 15 per cent of girls in the UK had chosen to take computer science at GCSE with even fewer taking it at A level.

Naomi Climer, the former head of Sony Media Cloud services and now President-elect of the Institution of Engineering and Technology, urged us to think more creatively about how we sell digital careers to girls and women rather than relying on the Government to solve the problem alone. “We need to change the perceptions of technology careers held by parents, teachers and girls themselves,” she wrote in an article for the Huffington Post.

This after Labour leadership contender Yvette Cooper was quoted as saying, “It’s crazy that 98 per cent of the code the internet uses continues to be programmed by men. Women cannot and should not be locked out of the jobs of the future and the digital economy we should be embracing.”

And Polly Purvis, the CEO of Scotland’s digital and tech trade body ScotlandIS, has unveiled plans to create Scotland’s first coding academy as a long-term ‘radical intervention’ to help fill the skills gap and fuel further economic growth. “A thriving technology sector is reliant on fresh talent coming into the industry,” she has told Holyrood Magazine.

So what about hearing from someone who is the target for all this? Here is the view of a lovely young woman called Emma who is 15 years old and is one of the few girls of her age who has actually decided to study computer science at secondary school. Emma is spending the week with iomart at our Glasgow headquarters as part of her school’s work experience programme.

“For my 4th year timetable and hopefully my Highers I have chosen computing science, even though I’m going to be the only girl in that class. Me and my friends were encouraged to consider studying sciences which is good but it was more the traditional subjects like Chemistry, Physics and Biology which we were told will look good on our CVs. I think the main reason for the girls I know not to pick this as a subject is because they think it’s all about being a nerd. Also the lessons we had in IT weren’t particularly exciting the way they were taught. It didn’t put me off but I think it put my friends off.

I mainly chose computing science because of my teacher. She’s great and makes the class different from all the other ones because she encourages us to learn by actually doing coding and playing about with the computers rather than just teaching us from text books. In my first two years of high school I hated computing, I hated everything to do with a computer but when I got into 3rd year I got this different teacher and she changed my thoughts towards this subject.

The type of things I’ve done in computing science in 3rd year like programming and coding have already enabled me to achieve my National 4. We got to use software called Scratch which allows you to make up your own interactive stories, games and animations. It was really easy to do once you’d thought up the ideas. I also got a chance to try out 3D software called Kodu which lets you create games on your computer and Xbox. This 3D software can be used to teach creativity, problem solving, storytelling as well as just programming.

In the new school year I can’t wait to learn loads of new stuff like making animated videos with the new software my school has just got. I hope I get far and achieve National 5 and get my Higher computing.

I am really excited to be moving into 4th year and prepare for my exams, my plans in 4th, 5th and 6th year are to focus on getting all my Highers for computing and graphics and then take them forward to university.”

Hearing Emma’s view of how we should encourage more girls into tech has been enlightening. Interestingly she hasn’t heard of any of the women we mentioned at the start of this blog. The women Emma says her and her friends look up to aren’t the Martha Lane Fox’s or the Joanna Shields of this world – neither of whom Emma has heard of – instead they’re female musicians and singers.

Which makes us think that maybe the key to all this is to take a look at who young girls follow on social media. Just look at Twitter – Taylor Swift has 58m followers, Little Mix (Emma’s favourite group) have 6.7m followers, while Martha Lane Fox has 91.7k and Joanna Shields just 7,600, few of whom are likely to be high school girls.

In her blog Joanna Shields admitted, “Let’s face it, when it comes to girls, our industry has a PR problem.” She went on to conclude, “Girls need more support and mentoring and we need successful women sharing their experiences on a mass scale.”

Well maybe that PR problem might be solved if we could find a way to get the message out that tech girls are cool via the Taylor Swifts of this world. Maybe then we could bring that elevator down and send it back up again to shatter the glass ceiling in tech forever.