Hey! You! Get into the Cloud: Why you should trust an outsider, their neutrality can save you from yourself. 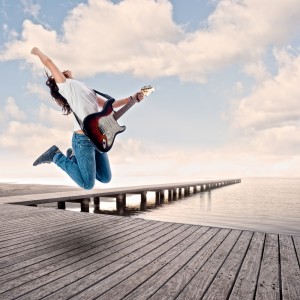 In the 1960’s British bands such as The Rolling Stones, The Dave Clark 5, The Animals & Manfred Mann led an invasion, closely followed by Cream, Clapton and the Jimi Hendrix Experience, of the North American music charts by taking a largely overlooked American R&B music scene and selling it back to them.

Heavily influenced by the music of over looked blues artists such as Muddy Waters, Howling Wolf and Robert Johnson, the sounds of ‘the British invasion’ provided the backing track to a new cultural era, one of optimism and hedonism. The ‘Swinging Sixties’ of Carnaby Street, Twiggy, ‘The Shrimp’, David Bailey, George Best and the Mini all owe a huge debt of gratitude to the bluesmen and women of Mississippi and the Deep South. The influence of these artists reflected in every British record sold in the States – a case of one nation reminding another of the talent already on its own doorstep.

This could be classed as one of those examples of being so close to something that you often need an outsider to point out the obvious.

A similar thing happened in the digital world last week. A Brit took to American TV screens several months ago to deliver a compelling argument in relation to internet access, service levels and net neutrality.

John Oliver, the former Daily Show panellist and comedian, drove home the argument about how vital it was for digital inclusion and the Berners Lee ethos of ‘This is for Everyone’ to re-classify internet access as a utility service. (If you haven’t seen the clip it is definitely worth while taking a few minutes to watch) https://www.youtube.com/watch?v=fpbOEoRrHyU.

His passionate plea struck home and has quickly resulted in the FCC (Federal Communications Commission) reclassification of internet access and the issuing if a new set of regulations aimed at ensuring service providers can’t resort to ‘mob style’ shake downs around access.

At the same time as this change was occurring in the US, our own House of Lords’ Digital Skills Committee released a statement warning that the UK would continue to fail to meet its alarming digital skill shortage challenge unless we do more to ensure internet access is available to every community in every corner of the country and carries utility status.

A little late to the party but this issue is certainly going to be a hot topic in the coming months.

There are similar parallels in our world of cloud computing. Many businesses still think that they best qualified to manage and maintain their IT infrastructure. After all it is traditional for IT to be an in-house function.

However, if they were to take off the rose coloured specs for a moment and take the view of an outsider looking into their operations for the first time, they might realise that there are huge benefits to be had by considering third party engagement.

Access to Tier 1 vendor infrastructure, access to teams of developers, on demand expertise, 24/7 monitoring and flexible solutions can all be achieved with a touch of button or the swipe of a screen.

Many equate cloud computing to ‘cost savings’ and whilst this can be true in many cases, it is not necessarily guaranteed, but what it does deliver is the freedom to concentrate on running and growing your core business.

If in doubt, ask yourself this. If you were to start your business tomorrow would you hire an IT Team, invest in hardware, develop your own CRM, accounting system, website or would simply look to buy your computing resources on a pay as you go and use model?

And it’s not just end users that are changing their business models. Who would have thought a few years ago that a vendor such as Microsoft would offer their Office Suite on a subscription basis?

Office 365 offers every business the same functionality that they are used to with Word, Powerpoint etc but without the restrictive and costly licensing of old. This is just one benefit of what a cloud service can bring. Offered through a Cloud Solutions Partner such as iomart, your entire Office 365 environment can be managed, kept secure and maintained on your behalf – and all for a fixed monthly fee.

If you’re still worried or sceptical about the cloud, take a leaf out of Howling Wolf’s book who famously sang ’ I Ain’t Superstitious’ and ended up ‘Sitting on Top of the World.’

It may well be the start of a cultural boom for your business.