Game of Clouds: What the Gaming Industry Teaches Us about Cloud Adoption 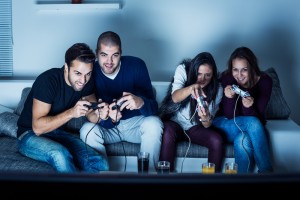 What can the gaming industry teach us about the benefits of cloud adoption and relevant pricing of services or products? To answer this question you just need to walk through the past 20 years of gaming world developments. It is probably only about 10 years ago that gaming was seen as a plucky niche market, earning respect from some and condescension from others. Now, gaming, in all its forms, is viewed as major industry in its own right and continues to grow at an extortionate rate.

Unlike most technology markets, affordability doesn’t seem to be a key driver behind this growth. With constant upgrades to consoles and games always commanding a high price that consumers are willing to pay to keep up. From the early dominance of Sega and Nintendo to the new powerhouses of Sony and Microsoft, people just want the best games and most functionality and are willing to pay the price demanded to get it.

So, the question remains, why does an industry not have to reduce its costs heavily to reach a mass customer base? A big part of the reason behind this is intrinsically linked to the internet, networking technology and now the cloud.

The old view of gaming was based on one or two individuals sat in a house competing with their rival Football teams with FIFA or racing around Silverstone on TOCA Touring Cars. It was viewed as little more than an advanced board game, limited to a set number of players and a set location. You sat around a TV with a 4 split display enjoying every minute of the banter and camaraderie that ensued. Many people of my age remember how a game like Goldeneye (still the best FPS for me in all its retro glory) would command intense competiveness for the bragging rights of being the best.

The internet changed all that. Being able to link a console to the internet opened the door to the world. You were no longer confined to your geographic location to find rival gamers. A claim to being the ‘best’ could be confirmed or, as in my case, drastically destroyed by competing with players from all over the world. Cloud gaming was and is the next step in this progression.

The Xbox One and its game release, Titanfall are prime examples of this paradigm shift from disk to etherware. This game was based entirely on the strength of Microsofts Azure Cloud Infrastructure. Designed primarily as a business application environment for virtualization and enterprise email services, Azure was adapted to become the cloud juggernaut that it is today. No longer confined to a dedicated server environment, online gameplay for Titanfall allowed each individual user to be an in-play host for their own online gaming. Many games have since adapted this approach including Call of Duty, Forza and the latest release Witcher 3.

This is a key reason for why Gaming products will always command a high value that consumers are willing to pay. Gaming is not just an activity for an individual or small group, it is a global community with status, structure and rules all of its own. When someone buys a console or a game they are not buying a product, they are buying the key to enter a world beyond their own.

Cloud technology offers this kind of flexible development for almost every business, not just gaming. The cloud environment allows for the adaption of applications in ways you will not have thought of, in the same way that Azure was adapted for Titanfall. Allowing your products and services to develop supported by a cloud infrastructure could result in you discovering a way of to offer your customers not just a function but a connection to your business that will go far beyond a traditional supplier-consumer relationship.