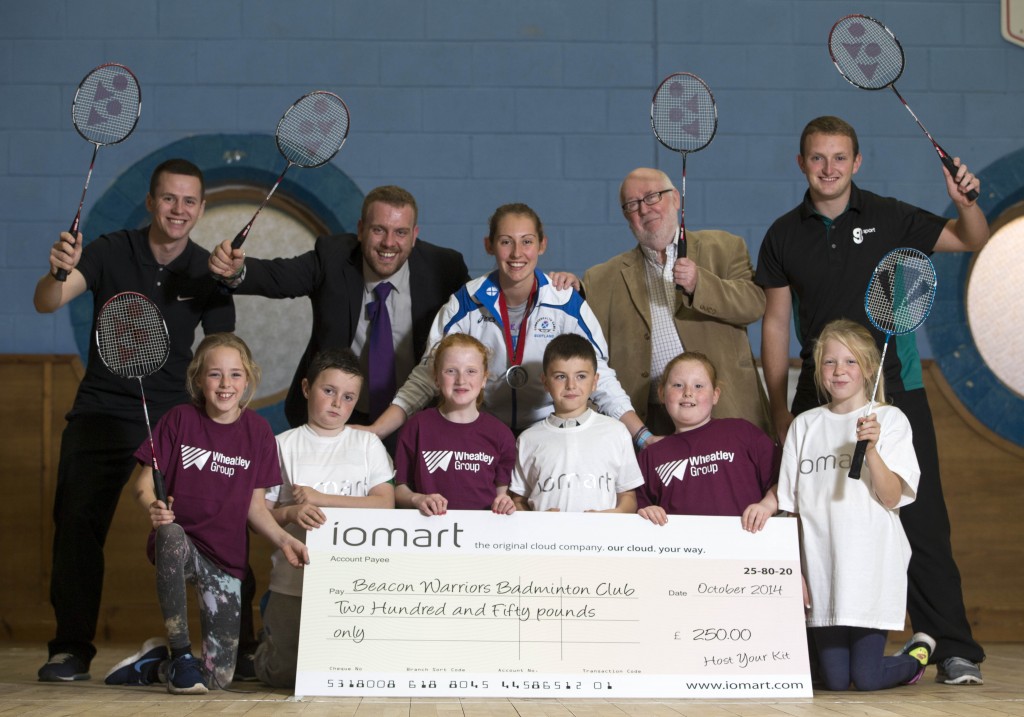 Kirsty, who won a silver medal for Team Scotland at the Commonwealth Games in the summer, met the next generation of players when she presented a voucher worth £250 to Beacon Warriors Badminton Club.

The competition, which is part of iomart’s Host Your Kit campaign, provides sports clubs in disadvantaged communities across the central belt of Scotland with vouchers to buy equipment or kits.

Beacon Warriors, based in a GHA community in Cranhill, were the first of 18 winners to be announced. Youngsters had previously been forced to take turns to train as the club did not have enough racquets or equipment.

Kirsty Gilmour said: “A lot of clubs have to fundraise throughout the year just to keep going. Competitions such as this make such a big difference as it allows clubs to buy more equipment and helps more youngsters take up sport. Hopefully in years to come the youngsters from these clubs will push on to the international stage and compete for medals at the Commonwealth Games or at other big sports events.”

Alex McGuire, Wheatley Group Director of Property, added: “The competition really caught the imagination of clubs across central Scotland. We’re absolutely delighted our suppliers, such as iomart, are working with us to make a real difference to sports clubs in some of the most disadvantaged communities in the country.”

The iomart competition was part of Wheatley Pledge, a £1.5million scheme encouraging contractors and suppliers of Scotland’s leading housing, care and community regeneration group to do more to help people who live in Wheatley’s neighbourhoods.

iomart, which provides data centre services to GHA, signed the pledge as part of its Host Your Kit campaign to inspire young people to take up sport across the UK.

Phil Worms, Director of Marketing for iomart, said: “Working with Wheatley Group we are supporting disadvantaged communities where funds are not easy to come by. By lessening the financial burden for clubs in those communities we can help boost participation in sport and encourage more young people to lead active and healthy lifestyles.”