After the Gold Rush: 30 years of the domain name 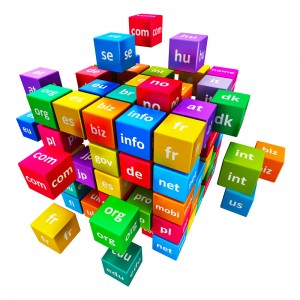 The 15th of March 2015 marked the 30th anniversary of SYMBOLICS.COM, the first ever domain name to be registered and by default the first ever .Com. According to the web site, the original Symbolics company pioneered computer development and designed and manufactured a line of Lisp machines, single-user computers optimized to run the Lisp programming language. The Lisp Machine was the first commercially available “workstation” (although the term didn’t become commonplace until the early 90s).
It is an important internet landmark, not only has it led to the creation of the web’s navigation system but it has also spawned a lucrative industry in its own right.

Whilst the domain name business was slow to start, 100 .coms over two years (although the fact that they were originally administered by the US Department of Defence might have had something to do with this), we are now registering a .com domain every second. The latest figures suggest that there are 288 million domain names in existence. According to VeriSign, the number of domain names grew 1.3 percent over Q3 2014, with worldwide registrations growing by 16.9 million, or 6.2 percent, year over year. New .com and .net registrations totalled 8.2 million during Q4 2014 alone.

And each and every one of those domains registered has incurred a purchase charge and then subsequent recurring subscription or renewal fees – leading to an industry worth billions of dollars and with a pie worth billions, you can be sure that there is no shortage of prospectors all seeking a slice. In fact the first ten years of the introduction of .com and subsequent domains was seen as a ‘gold rush’ period as organisations sought to protect their commercial IPR and the digital Klondikes set about seeking domains that would hold far more value than the 50 dollars invested in them.

For some it has proved an extremely lucrative venture. You only have to study the list of some of the most valuable domains to have been sold – CarInsurance.com ($49.7M in 2010) VacationRentals.com ($35M in 2007) and PrivateJet.com ($30.18M in 2012) – to realise that they can achieve similar values to the works of Picasso, Manet and Warhol at the world’s auction houses.

One of the most infamous exponents of the art of domain name trading is author and entrepreneur Mike Mann who on single day in 2012 acquired 14,962 domains – with the intention of reselling them for a profit. He came relatively early to the domain business when he was offered $25K for a $80 domain he owned – Menus.com – and then the following day he received another for $50K. With these unsolicited offers he released there was a business to be made and today he heads up several multi- million dollar corporations including Phone.com, DomainMarket.com and SEO.com.

But the domain market is not a guaranteed highway to overnight riches, for every sex.com there is a betamax.com. There is only value in any domain if someone wants it and is prepared to pay a premium for it. At February’s NamesCon Right of the Dot Auction, for every homecare.com (snapped up for $350K) there was a mensjeans.com valued at $100K left on the shelf. And of course, grabbing a name such as mycocacola.com could lead to a lengthy and costly legal dispute.

At the time of writing this piece, ICANN (The Internet Corporation for Assigned Names and Numbers) the internet regulator announced that there has been a 313% increase in the number of disputes over the new generation of web addresses (TLDs) that have been issued in the past 8 months.

With over 500 new domains released – from .scot to .photo – and plans for a further 921 to come, this problem is only going to snowball. The advice currently being given to businesses is to be more proactive in their approach to the web and start acquiring their relevant domains to prevent losing out, and potentially being held ransom, to a prospector. Companies such as our own Easyspace offer the full range of new TLDs together with services such as premium domain name auctions to help businesses find and protect domains that are valuable to them.

But all of this leads to one big question. In the next 30 years see a new TLD match and overtake the impact and familiarity that we’ve witnessed with .com?